Last week Southern Rapper Lil’ Boosie was released from prison. Now, before I start I want to say this is not about Lil Boosie and much respect to his family and close friends who are happy to have a loved one return after several years in prison. I definitely listened to Lil Boosie in my younger years when there was a balance of different types of Rap on the radio. ‘Wipe Me Down’ is a southern classic, if you play it in the club today somebody’s going to start moving! But anyway, for years you heard the phrase ‘Free Boosie’ people have made t-shirts and profited off of his prison sentencing. Kids who hadn’t even heard of him or heard his music were screaming ‘free Boosie!’ Those of us who’ve had family members incarcerated or still do know what it means to have them come home after missing milestone moments in family history. It’s harmless when you are having private family time but it’s another animal when you’re someone in the public eye. The level of attention that Lil Boosie received after coming home is a little alarming. He broke the law. PERIOD. I’m not minimizing this to JUST Boosie cause it’s not his fault people are ignorant. Anytime any rapper has legal issues we’re quick to yell ‘Free _________!’ Why? They broke the law and now they go to jail. FYI for those that don’t know, jail and prison are two different places so read carefully please. Granted a lot of cases are unfairly tried and have legal loopholes designed to keep our young black men in prisons and jails. I lived in Atlanta when T.I. got locked up and it was a tsunami of media coverage! Gucci Mane goes to jail every week, Lil Wayne went to Rikers, and I know they’re tired of dealing with the court system! This is not a new topic! The same people posting #RIP Trayvon Martin follow that with a ‘Free *insert name of person who was found guilty without a reasonable doubt even if they killed someone*’

I was almost reluctant to even write about this but I can’t ignore the issue. Last week, Actor/Singer Jason Weaver posted on social media my exact sentiments. Why are we broadcasting about a man most people don’t know or even care about? One of two things is going to happen. Either the people won’t buy any music he releases OR his label is going to promote and market the hell out of his prison release and give us nothing but that classic Boosie formula in the booth. Me personally because of the lack of diversity on the radio I can’t even listen to a lot of my classic Southern Rap because the stuff on the radio sounds just like it. Let’s not overlook the possibility of Lil Boosie going back to prison. Supposedly he already went back to jail on a marijuana charge but I’m not here to speculate as I haven’t heard any more about it. You’ve got kids out here like Terio where the family is just capitalizing on YOUR ignorance at the expense of a young child. He’s missing school going to events and parties that you probably have to be twenty-one and up to attend! Can that child read or write? I’m sure there are some ignorant parents out there who are grooming their child to be the next Terio. Being popular on social media only gets you likes it doesn’t pay bills. Why does the Hip Hop community praise and celebrate such ignorance? We laugh and think it’s cute but we are fueling the fire around our own community. News outlets stop reporting on this dumb sh*t! I want to know what’s up with Michael Dunn because he has to go back to court for the murder of Jordan Davis!! I want to know what’s happening in Chicago right now! Where is your moral compass? Going to prison or being ignorant should not be our rite of passage! We need to educate ourselves and our children!

Other cultures have bar mitzvah’s, quinceanera, and other ceremonies to celebrate becoming a responsible adult. But in our community we celebrate ignorance and getting out of jail. If you were a responsible adult you wouldn’t have gotten involved in illegal activity. I don’t want to hear that I can’t do nothing I need to provide for my family excuse. The average drug dealer makes minimum wage get a job. Strippers too! You blow the money in the same week anyway and end up broke again by the end of the week so you’re just wasting your money. Working with youth in the community I see the lack of direction and apathy that these young people have and it saddens me because all that does is continue the cycle of young ignorant parents. Our kids have no direction because we as a people aren’t familiar with our own identity as a people. People laugh when I say I’m going to celebrate Kwanzaa with my children. First off Kwanzaa isn’t a religion it’s a cultural celebration so white folks y’all can do it too! But why not? It may have been started by a con artist but y’all bought Rick Ross’s ‘Mastermind’ album and he was a CO. People can change but it takes time or sometimes a life experience to do so. But the people have to be willing to change. Are we willing to change our ignorant ways? Some of won’t you can’t save everybody but some people are out there drowning. Right now, Terio can grow up to be a Lil Boosie or he can grow up to be a Neil Degrasse Tyson. Do you want your tax money going to prisons and jails or your child’s school? Slavery has groomed us for a lot of these ‘culture harming’ behaviors we exhibit as a people. Yes slavery! Slavery shapes everything we do in America point blank period. We embrace ignorance and shun those who choose the path of education or are in pursuit of knowledge. 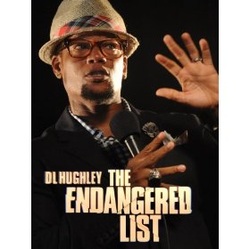 The next time you see some IGNORANT ‘ratchet’ post on IG, Twitter, Facebook, Tumblr, Pinterest, Vine, MySpace, or ANY other social network please don’t like it, repost it, retweet it, pin it, or even record it. Don’t do anything. Ok cool, laugh at it just keep it moving. Why spread the ignorance and be apart of the cycle?

I recommend you sit down with your teenager(s) and watch this movie as a family!

0 comments on “Lil Boosie, Terio, and Prison As Hip Hop’s Rite of Passage”Add yours →